Next Up In: Hunt Breakdowns
Starting in 14 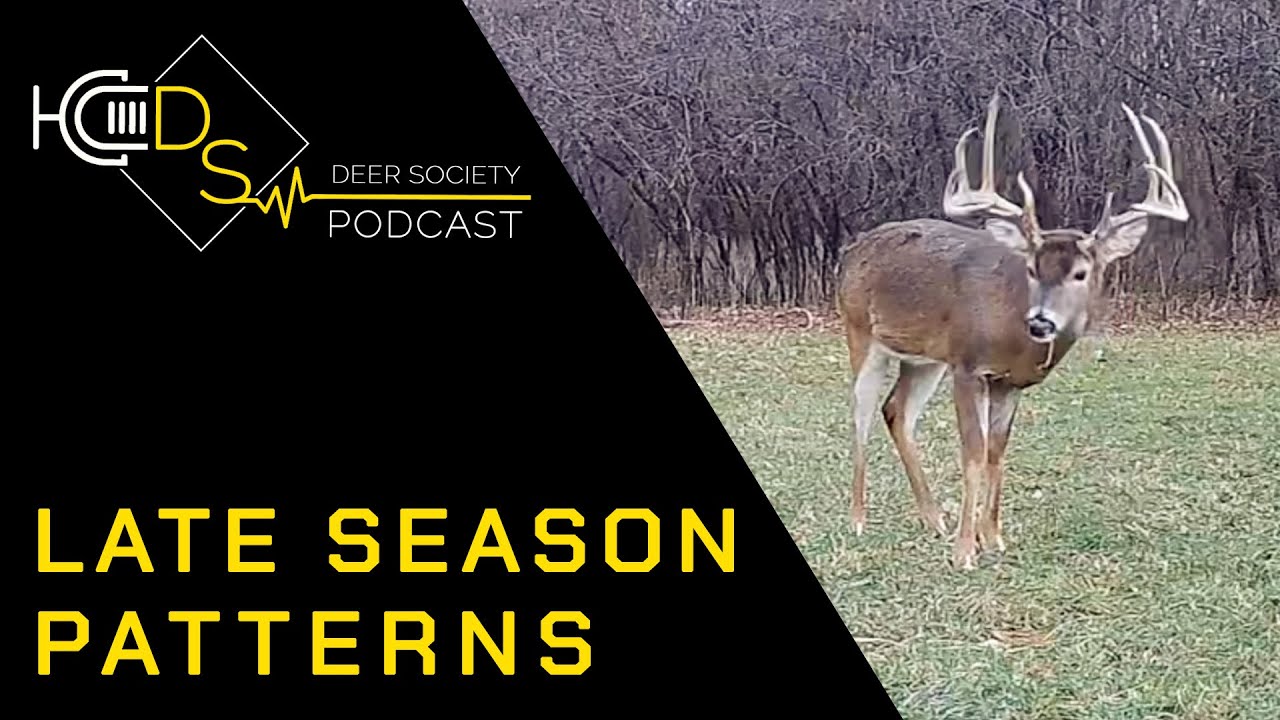 Share
Details
This week we discuss Late Season Hunting Tactics to tag a buck still in 2021 and we have some big plans for the 2022 season! 10yr. old Bruiser Buck | CRP + Does = Big Buck Down!
CRP fields can be a Big Buck Magnet during the rut. Watch how Jacob Miner strategizes this hunt and puts himself in position for a great opportunity at an ancient 10.5 year old whitetail! EVANDER | A GIANT Kansas buck is on the ground!
Ben Rising heads out of state in pursuit of a mature Kansas buck, he dubbed Evander. By gathering intel from local hunters and his pre-set cell cameras, Ben has a really good idea how this mature buck might make a mistake... Remembrance | 200” Buck Sent Down from Above...
After the loss of a close friend in a motorcycle accident, Colton Hall set out on a late season hunt at “Naylor’s” farm for some reflection time and remembrance. What happened next can only be explained as a gift sent down from above. PASS IT ON | A Father and Son's First Buck!
Colton Hall and his son, Carter, head out on a late season hunt in attempt to harvest their first buck together. When a six does walk in from directly downwind, followed by a Big Buck, things get intense... MYSTERY SOLVED | The Hunt for 2 Big Bucks... 1 Arrow Released!
JJ's pursuit of a mature Early Season Buck takes an unexpected turn when a lookalike buck makes an appearance. This Hunt Breakdown is a PERFECT example of hunting at a high pressure property and using past intel to key in on a Big Buck! The KING 8 | GIANT Buck is CALLED IN to 20 yards!
Ben Rising is in pursuit of a once-in-a-lifetime Wild Whitetail! You will not believe what happens when he finally gets this MEGA GIANT in front of him at 200+ yards.. We hope you enjoy this incredible Hunt Breakdown! Big IOWA Buck Down | 5 YEARS in the making!
Teran Cozan of Advanced Whitetail Systems has been hunting hard for a mature buck for the past 5 years! Patience, persistence and passing up younger bucks pays off on a BIG, Mature IOWA Whitetail! Buck Shedding Velvet | Get ready for the Whitetail SHIFT!
In this week's Buck Nugget video, we look at some incredible footage of bucks shedding their velvet and turning hard-horned. This can only mean ONE thing to a Whitetail Deer Hunter... The Whitetail "SHIFT" is here and the bucks will soon be on the move to their fall habitat! 1 ACRE 180" | Hang & Hunt for a BOONER Whitetail!
Dan Coffman is honing in on a GIANT Ohio Whitetail and he finally has the buck pinned down to a small 1 acre wood lot. It's time for Dan to make a move and try his luck with an aggressive Hang and Hunt strategy. DON'T BLINK | OLD Kansas Buck Charges in FAST!
On his first morning in, Ben Rising heads to a familiar location in Kansas for a peak rut hang & hunt. This time of the year, things can happen FAST! As you watch this hunt... DON'T BLINK! Downwind SLIP-UP | Big Buck circles Directly Down Wind...
The whitetail rut is winding down and Keegan is set up for a post-rut rattling sequence on the downwind edge of a bedding area. Within minutes, they hear a buck approaching from DOWN WIND! You won't believe what happens next... The Hunt for BEAMER | An 8.5 year old Legendary SWAMP BUCK...
This is the story of an 8.5 year-old, legendary WI swamp buck, named Beamer. In this Deer Society Hunt Breakdown, JJ Dukart details the 7 years of encounters and history he had with Beamer and the final moments that lead up to the release of his arrow! MASS Bridges | The final chapter of a 7.5 year old Warrior!
Ryan and Jeremy finally get their chance at a MASSIVE 7.5 year old whitetail they call MASS Bridges.. In a split second, the hunt goes south and the entire dynamic of their hunting season changes. This is the story of MASS Bridges... "SPLITS" | GIANT Ohio Buck PULLED in by Mock Scrape!
Ben Rising moves in on ANOTHER Giant OH Whitetail known as SPLITS! Placing a mock scrape and waiting for the right conditions, Ben puts his trust in the PHAZE body odor system to keep him concealed as he moves in for a shot! MINNESOTA MONSTER | The Hunt for a 6.5 year old GIANT Buck!
Bryan Lemke is in pursuit of his largest buck to date in his home state of Minnesota. A 170" Giant that he knows all too well after three years of history and several close encounters. The pieces finally fall into place as Bryan makes a move on the buck he calls, the 80-10. LAST CALL | Big Buck DOWN from this PROVEN stand location!
It's early November in Kansas and Ben Rising dives into a well-known stand on the downwind edge of a cedar thicket. This is one of Ben's ideal, go-to setups, for calling and rattling in mature bucks during the pre-rut! You can almost PREDICT what happens next... EXPLODING Antler Buck | FLYING Antlers and a Big Buck DROPPED!
Andy Orr speed-scouts a secluded alfalfa field and sees the sign he needs to make a move for his late season muzzleloader hunt. Taking an aggressive approach, Andy sets up a ground blind right on the "X" and gets prepared for the evening hunt. What happens next is something he NEVER could have anticipated... Get Alerts When New Videos Are Added!
×